Simply click on the date of the newsletter you wish to review and you will be linked to that newsletter on another web page. NOTE: You will notice it is grayed over - scroll to the LIKE BOX and click the X to turn off the gray shading.

August 2018: Partial Solar Eclipse in Leo; Euterpe: Muse of Music and Pleasure; Feng Shui & Moon Magic Workshops RETURN in 2019; Take Back Your Power: Say No to Ticks and Energy Vampires; Sprites: Something New in the Skies?; Feng Shui Fun On The Run Blog; Spa Shui

May 2018: May is Named for Maia of the Pleades; Walk Right Into Your Magical Mind Loops and LIVE Your Dreams; Lurking Cancer; Lose Lucky - Embrace Blessed; Energy Clearing for the Summer Solstice

February 2018: Love Begins Within - Be Kind to Yourself; Leo/Aquarius Polarity; February Prognostication; Spring Stirs…; Fine Art of Energy Clearing for the Spring Equinox

January 2018: Forget Resolutions! What are you Looking Forward to?; the Dollar Sign and the Stars; Year of the Golden Earth Dog; Phrygian Caps - Ever Notice that They're Everywhere?; The Breath; The Art of Living Your Life

October 2017: Stop Manifesting Your Worries; The Living Sun; Rising to the Challenge; Nature of the Soul; Thymus Thump

August 2017: Invoking the Sanity Clause Amidst Chaos; Uranus Retrograde; August is GRATITUDE Month; All One

July 2017: Getting to Know the Male Nature Gods; Use the Full Solar Eclipse to RESET; The Art of Living Your Life; Herding Butterflies

June 2017: Understanding the Connection Between Birds and Angels; Preparing for the Full Solar Eclipse of August 21, 2017; How Do Eclipses Affect Your Life?; Your Mind Palace

May 2017: Feng Shui Friendly Design Now ONLINE; Clarity for Confidence and Productivity; The Big Three and Their Big Sticks: Gods Gone Wild; The Age of Mind and the World War III Battleground

April 2017: Faith in Yourself, The Aries Festival of Spring; The Differences Between Mind, Awareness, and Consciousness

March 2017: Mastering the Mind; St. Patrick's Day; How to Know When You Should Call Me

February 2017: Stepping Through the Door to Your Dreams; Sexy Persephone & Hot Hades; Divination for the Other Half of the Year; The Truth Shall Make You Free

January 2017: Every Ending is a New Beginning; Animal Feng Shui; I am a Teacher of the Wisdom

November 2016: Reed Moon of Release; Intuition vs. Instinct; Neptune and You

August 2016: Holly Moon - We Pass the High Point of the Year; The New Age is NOW; My Newest Publications; The Human Kingdom; Mercury Wobble Begins

May 2016: Willow Moon of Enchantment; In Between Places; How OM Works; The Mineral Kingdom; Storm Surges Deliver Fresh Energy

April 2016: Alder Moon of Personal Empowerment; Bad Bed Position; Retrograde Rumbles; Death in the House: What to Do; Ahhh-Sleep Technique!

February 2016: Rowan Moon of Personal Power; Lunar New Year of the Fire Monkey; Washington: The Man Who Would Not Be King; Water Bearers are AIR

October 2015: Ivy Moon; Nature of the Soul; You Can See Farther Than You Think; Feng Shui for Halloween; What is Samhain About?

May 2015: Looking for Love; Surrounded by Symbolism; May Moons of Enchantment & Disenchantment;
Clearing Garage Sale Stuff

March 2015: Lighten Up Your Life; Mythology of the 3 God-Kings; Happy Ostara

January 2015: Creativity is Required for Manifesting - When Was the Last Time You Got Creative?

December 2014: Here Comes the Sun - We Celebrate the Winter Solstice; the Days are Getting Longer Again

November 2014: Reed Moon: Time to Return to Your Roots

September 2014: To Change Yourself BE the New You Now

August 2014: If You Intend to Make More Money, You Must Deliver More Wisdom & Ability

July 2014: Follow Your Star - It IS Actually Calling You

June 2014: Mercury Retrograde Hacks - Making the Most of a Mischievous Mercury

May 2014: Tell a Better Story! - You Are Creating the Life You Live by the Words You Speak

April 2014: When You Have to Take a Tree Down - If a Tree is as Tall as You Ar,e Do a Thank You Ceremony First

March 2014: Celebrate the Sunshine! - 7 Ways You Benefit from More Sunlight

December 2013: The Best Blessing: Your Spark of Awareness- Live the Magic of Christmas All Year Long

October 2013: What About Feng Shui & Spirits? - Celebrate the Life of Loved Ones but Don't Live with Dead Stuff

September 2013: Talk to Trisha Before You Build (or Move) - Find Deeper Meaning in Your Life with Feng Shui

July 2013: Secret to Harnessing the Force of Fire - How to Mix Fire and Water WITHOUT an Explosion!

June 2013: Fire Up Your Fame & Future - Use the Summer Solstice to Promote Your Reputation & Pivot Your Career

May 2013: Spring Teaches You How to Grow - Manifesting your dreams is easier than you realized

April 2013: The Power of Speech - Perhaps You Underestimate Your Own Power

February 2013: The Rowan Moon of Vision

January 2013: ClutterBusting - Uncover Invisible Clutter and Get Rid Of It!

December 2012: The World Will Continue & You Will Be Fine

September/October 2012: What Do You Do for the Blue Moon?

August 2012: It's Back to School Season for Grown-Ups Too!

May 2012: Feng Shui for Focusing on YOUR Best Interests

February 2012: Seven Sexy Feng ShWays to use to Enhance Your Most Important Relationships

While I wrote newsletters before February 2012, I did not include them here as I wanted this archive to be fairly fresh. A few older article and column archives are, however, included below.

These are articles I have written on feng shui, clutter, energy and quantum physics. To download a pdf file of any of these articles, simply click on the link. All of these articles are copyrighted. Please do not duplicate without written permission. All unauthorized duplication is a violation of applicable law.

These are recommended articles written by others. Some are about energy and environments and their effects on humans. Others are about how feng shui is advancing in home design.

Architecture with the Brain in Mind
John P. Eberhard and Brenda Patoine
Source: Cerebrum: The Dana Forum on Brain Science

From the article:
"For centuries, architects have recognized that the buildings in which we live, learn, work, and worship influence how we feel and act, setting the stage for quiet reflection, invigorating interaction, or inspiration. Recently, neuroscientists began to extend that intuitive understanding by showing how our brains are fine-tuned to our environment and how they respond and adapt to information—including awareness of our orientation in space—that reaches us through our senses." 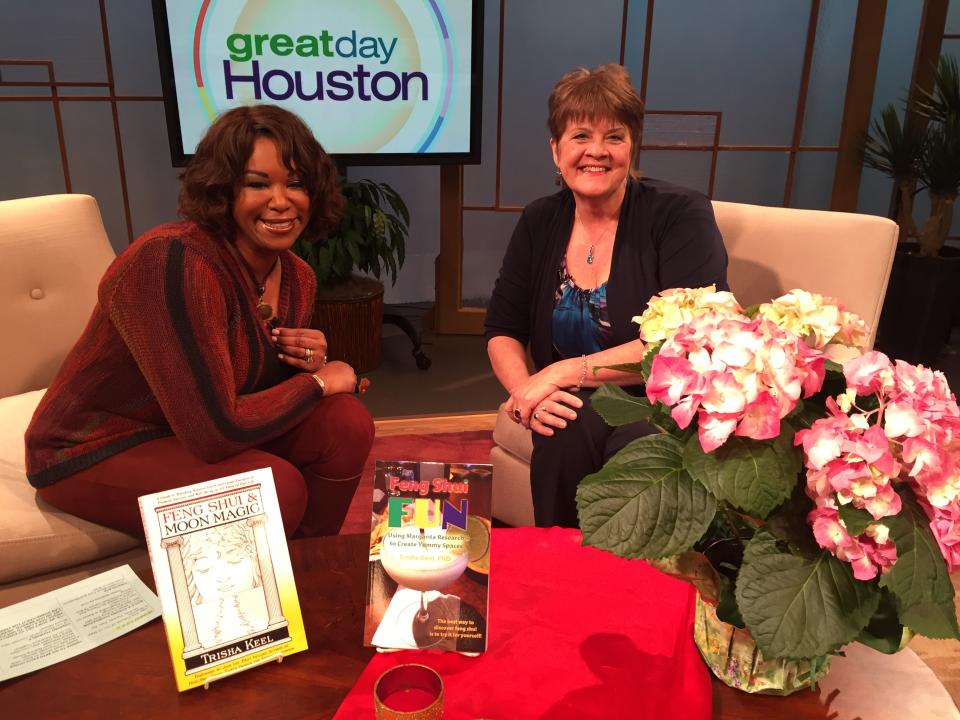 Here is the Story of
How I Got Into Feng Shui

My husband served in VietNam and enjoyed teasing me about the Asian language - which he could actually speak. He called feng shui "wing wang" in a very playful manner. He really liked what I was doing with this philosophy and helped me create many wonderful energy areas in our home because of it.

If you are dealing with a man who wonders what in the world you are doing with Asian philosophy, assure him that he will like your space clean, in working order, and looking nice. Really. Everyone will.

No matter what you call it.